A group of GCSE pupils went to see a performance of ‘Last Night I Didn’t Sleep a Wink’ at the Nuffield Theatre, Southampton, as part of the ‘Make it So’ festival of new writing. The thought-provoking play was written by Emily Bradshaw (a former Embley pupil) and Joe Plumb and featured live music from local musicians.

The hard-hitting piece examined challenging themes, used theatrical design as an assault on the senses and left the audience questioning the way we support young people who are facing mental health issues.

Year 11 pupil Millie shared the following reaction to the performance: ‘”The combination of abstract theatrical techniques, vivid lighting and dramatic sound effects helped to create an incredibly symbolic and insightful performance, one which we surely not be forgotten.” 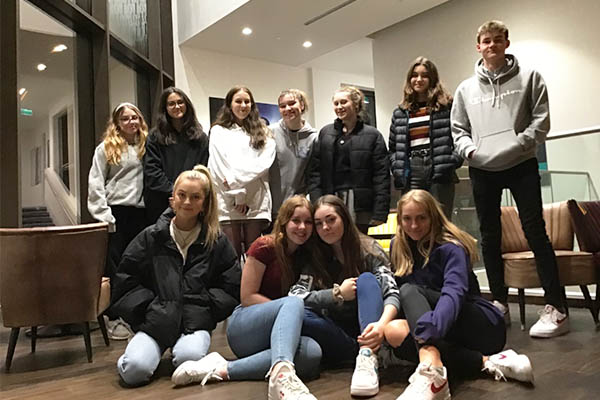