The Prep School celebrated the 20th Anniversary of NSPCC Number Day by dressing-as-digits and bringing in £1 to support this brilliant charity. Over the past 20 years, 3,500 schools have taken part and nearly two million pounds has been raised to help children have a safe and happy childhood.

Following a parade to showcase their wonderful, imaginative costumes, prizes were awarded for each class as follows:

Reception: Eleanor who came as a beautiful Queen of Hearts
Year 1: Lilia who came as a human iPhone
Year 2: The whole class who came in brilliant home-made domino outfits (matching the entire staff team who also dressed as dominoes!)
Year 3: Edward and Alfie dressed cleverly as ‘Astro-noughts’!
Year 4: Daisy who was completely coordinated as a Queen of Hearts card
Year 5: Felix for his imaginative Platform 9 ¾ from Harry Potter and Siobhan who came as an After Eight mint!
Year 6: Gaia who came dressed with all the number facts for Number 6 and Bethanie, who dressed as a mini-Mrs Ross!

In House groups, the children disappeared into four ‘Number Rooms’ under timed conditions, to see which House could generate the most facts related to the numbers 1, 4, 6 and 12. Much brain power was expended and the results are eagerly awaited!

In spite of the wind and rain (and mud), we finally managed to head outside to create a ‘human 2020’ in House groups. A huge thank you to Jack from Year 11 who kindly took an aerial photo of us, with splendid results!

Lastly, a big thank you to all our parents for their support and congratulations to our winners and to all the children for their wonderful number inspired outfits! 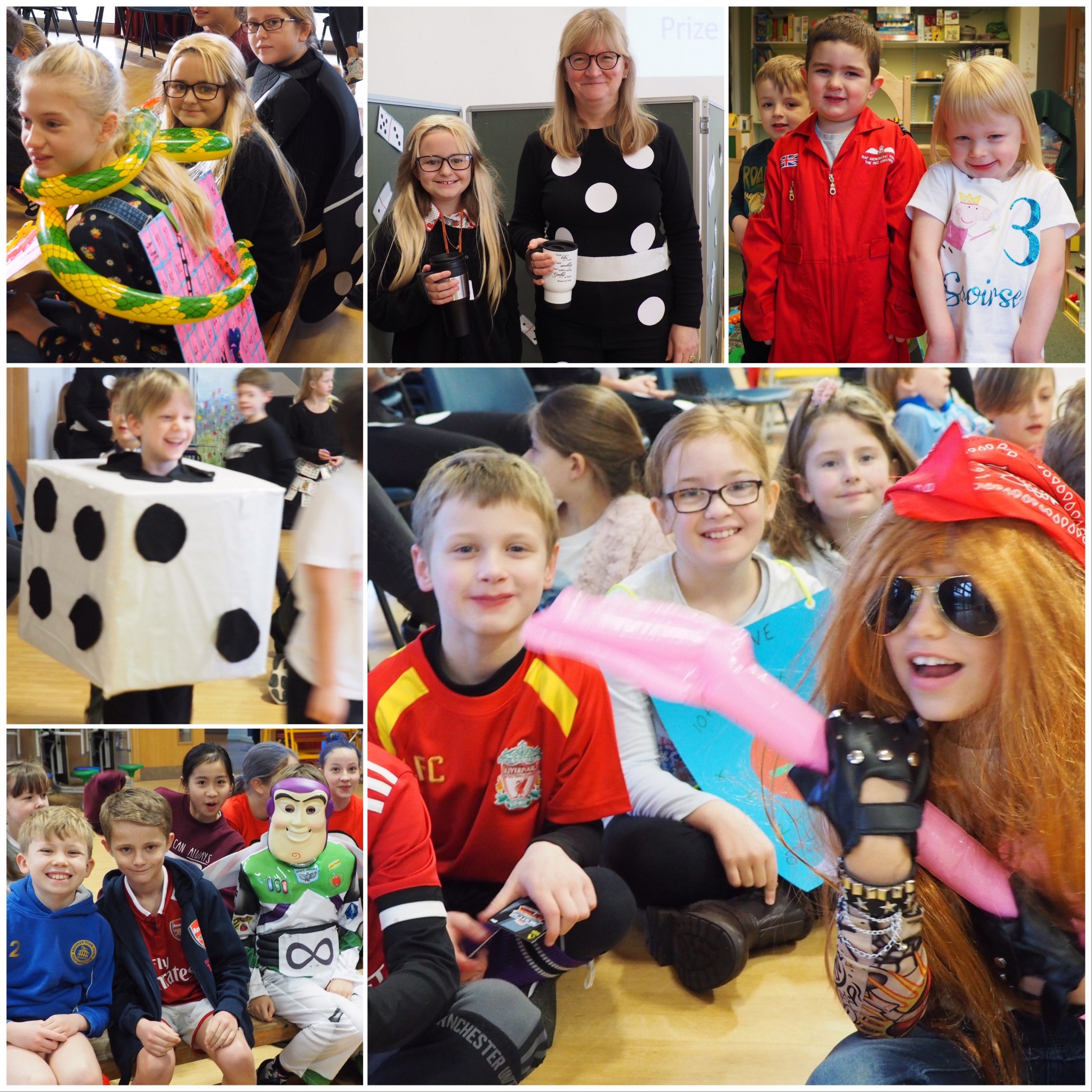 Back to News
Embley Drama scholars present…Embley DOES Broadway!
Embley goes to Wembley (and Lords)