All Year 9 pupils began a devising project in their Drama lessons last term; the challenge was to create their own story line from a choice of stimuli and develop the characters and technical design elements in small groups.

As it was not possible to host the live House competition, the pupils all adapted their pieces and instead produced films over a series of weeks in their lessons. Each group rehearsed, recorded and edited their story and the result is a series of thought-provoking and mature stories brought to life by our talented pupils. We have been thoroughly impressed by the pupils’ adaptability, resilience and enthusiasm to continue with their practical work, so our congratulations go to all pupils on their achievements.

We have kept the competitive nature of the project in place and I am delighted to reveal the winners and runners-up in our three categories: best individual performer, best use of technology and best overall group. Four house points are awarded to each winning pupil and two to any runners-up.

Best individual performer – Chloe in 9B for her sensitive portrayal of her character. Runner-up – Daniel in 9A who was also highly engaging in role.

Best use of technology – Thomas, Ben, Dom, George and Uri in 9A. The group planned their film exceptionally well, considering how best to utilise angles to make it look as though they were in the same space and edited the piece seamlessly, using an underscore to create atmosphere. Runners-up – Ted, Lerryn, Gabriella and Zeming in 9B for their highly creative piece which featured a genie magically appearing amidst smoke!

Best overall group – Alex, Daniel, Quinn, Katie and Timur in 9A. The group worked with exceptional focus and commitment throughout the project and created a moving piece inspired by Willy Russell’s Blood Brothers, that sees a family torn apart by a web of secrets. Runners-up – Sophie, Chloe, Lewis and Freya in 9B for their detailed characterisation and polished performances in a story exploring domestic tensions. 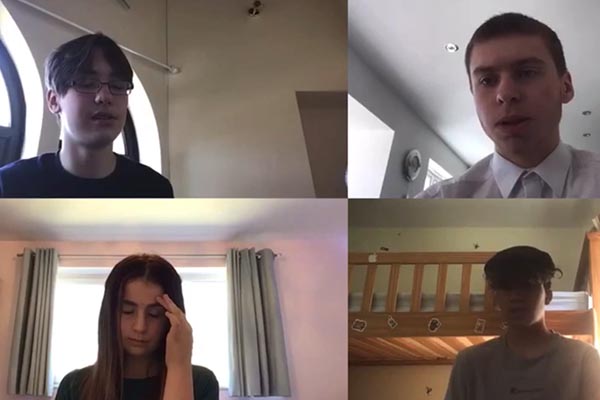