Our Embley Sixth Form mathematicians took the lead in delivering the fourth in the series of Royal Institute Primary Mathematics Masterclasses in association with the Royal Institution (Ri). The workshop was attended by children from Embley Prep School, Prince’s Mead, Sherborne House, Romsey Abbey School and Whiteparish All Saints Primary School.

The Masterclass was all about Sierpiński’s Triangle, a beautiful mathematical shape which appears in surprising places. Pupils were tasked to create the shape in different ways and investigate some of its properties. They began by folding and cutting paper to make snowflakes. This demonstrated how Sierpiński’s triangle links to chaos and showed how simple rules can lead to amazing outcomes. This led nicely onto a theme of finding patterns in everything and included a fascinating activity involving triangles and pattern spotting.

After the event, Lorcan in Year 13, commented: “The children were exceptionally intelligent and understood all the concepts. It was a lot of fun working with them.” 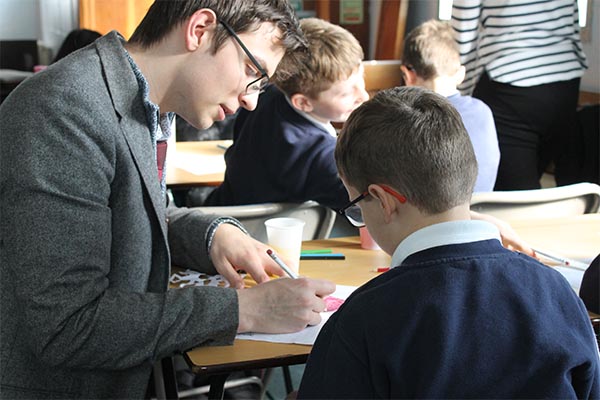