Embley were magnificently determined throughout the match, with the powerful work of the forwards up front particularly potent. It showed when, just three minutes in, they went down 3-0 but hit back with a try through brilliant opportunistic work from a powerful driving maul 25 metres out. Embley missed the conversion 3-5.

Lord Wandsworth worked their way back, through moving the ball swiftly outside for their winger to finish off, 10-5. Half time: Lord Wandsworth 10 – 5 Embley.

Embley struck back with a superb try minutes into the second half and converted to take the regain the lead 10-12. We now had the momentum and put some fantastic phases of play together through some powerful forward play linking with the backs to gain good territory. However, it was Lord Wandsworth who gained a penalty to take a lead 13-12 with a penalty kick at goal.

This spurred the Embley boys on and they raced back down field to score their third try of the match through some excellent forward play to give us the lead 13-17. We held on for the remainder of the match with 14 men.

This was a fantastic way to end an unbeaten term and I am so proud of every single squad member and would like to thank them for their efforts, dedication and commitment they have shown throughout the term. Diolch yn Fawr! 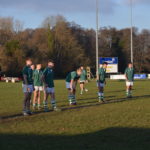 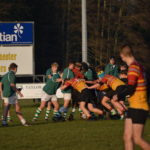 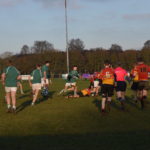 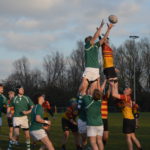 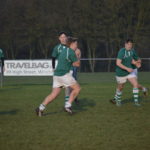 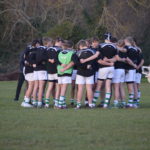 Elsewhere, our U15s rugby squad had another great result against St James’s London, winning 26-0 which takes them through to the National Bowl regional finals. Another Embley team having a fantastic season.