Here at Embley, we like our events to have an extra edge and this year’s World Book Day was no exception. In the Senior School our dressing up had an unusual theme. We also invited a famous author to present to our students and judge the best costumes.

At the Prep School children celebrated World Book Day by taking part in activities themed around William Shakespeare’s A Midsummer Night’s Dream. Firstly there was an assembly about William Shakespeare and a house quiz. Children then wrote scenes in which a new potion was used to cause havoc within both the human world and fairy realm. They wrote rhyming couplets and rewrote the play using fairy tale characters such as Cinderella and Gaston. Fun was had by all. 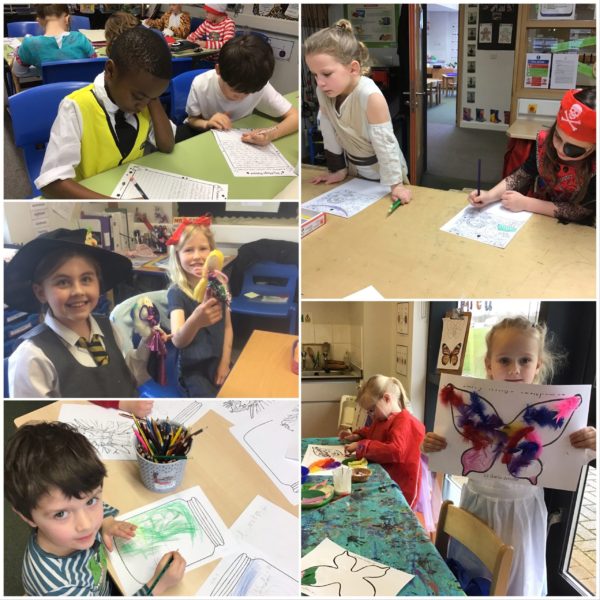 In the Senior School, we set our students and staff a challenge; rather than dressing as a book character, we introduced a 19th Century theme. Many rose to the challenge. Holmes and Watson, Ann of Green Gables, Oliver Twist, Miss Havisham, Jekyll, and then later, Hyde, Alice in Wonderland and two archetypal chimney sweeps were just a few of the disguises. Walking around school was a little bit like stepping back in time! Enormous Easter eggs were for the best costumes.

We were also lucky enough to have Finian Black, the acclaimed children’s thriller writer, to judge the costumes and to give workshops to Years 7, 8 and 10 about really effective ways to appeal to a modern audience. He also read the opening pages of his novel, The Final Raven, and taught students how to grip the reader from the start. They will go away and hone their story writing skills in their next English lessons.

We are really grateful to Finian and to everyone at Embley for participating in a really memorable World Book Day. Now, what shall we do next year….?

By Mr Bowyer, Head of English, and Mrs Phillips, Head of Prep