Embley pupils were proud to be invited to attend the Abbess Exhibition launch event, one of Romsey Abbey’s 900th year celebrations. Over recent weeks pupils from across our school helped to paint and decorate three cut-outs of Abbesses. As part of this project, pupils were also able to gain an insight into the lives of the Abbesses and their time at the Abbey.

During the service a service led by Revd Bryan Taphouse to launch the exhibition, 36 Abbesses were unveiled, all of which had been beautifully and imaginatively decorated by pupils from schools in the local area. The service celebrated the lives and contributions of the Abbesses who have been part of Abbey life in Romsey. 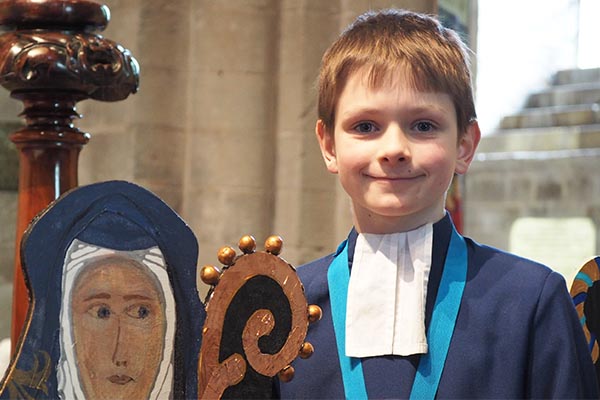 Prep School Headteacher Sarah Phillips commented: “We were incredibly proud of our pupils who were involved in the service; two had speaking roles and one of our Year 5 children was a chorister in the Abbey choir. All were great ambassadors for our wonderful school.”

The Abbesses will be on display at Romsey Abbey until the end of the year.